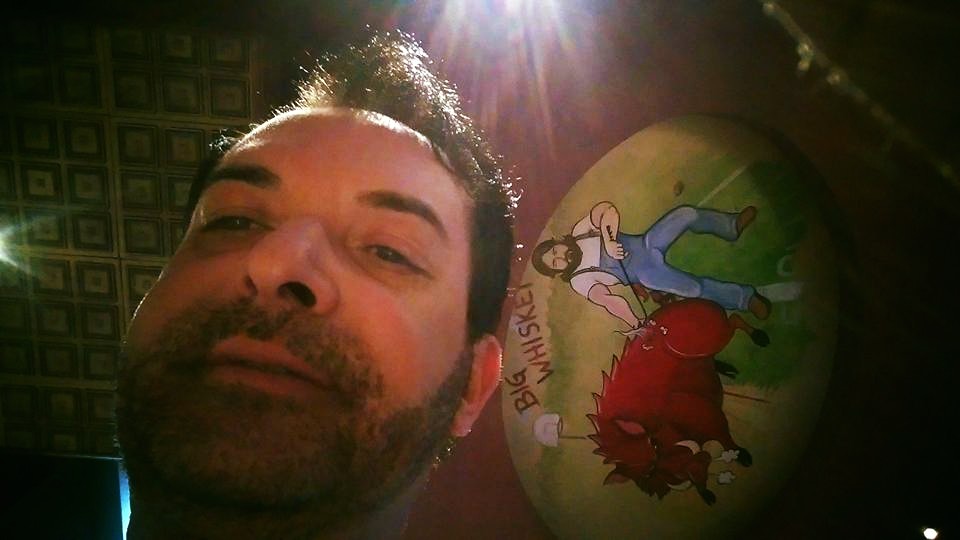 After reserving a hotel for the night in Little Rock, Arkansas, I left Memphis, Tennessee with the only thing I knew about Arkansas: that’s where the Clintons come from! The only reason I chose to stay overnight in Little Rock was its location and because I thought I would visit the Hot Springs nearby. My plans thereafter were to stop in Dallas, Texas to visit a friend I had not seen in years. From there head on to New Mexico where I had one National Park on my list; literally, Arkansas was on my way, so to speak.

As I checked in to my hotel in Little Rock just a few blocks from the State Capitol, I got the recommendation to go to The Big Whiskey’s as it was one of the few places that would still serve food at that hour. The place was full of life and packed with a diverse crowd, which were both good news being that it was past eleven. So far on this trip most of the places I had been through had long ceased to live after nine o’clock in the evening. Certainly, diversity was not something I had seen since I left New York. Yep! I was already happily surprised in Little Rock.

A couple of days into the trip I had changed my profile on all social media apps to reflect what I was doing. That way I would curb the enthusiasm of people who just wanted a date. So, while I sat at the bar waiting for my food and enjoying my beer, a message came through from someone asking me where had I been hiking in Arkansas? My response was “I haven’t and won’t hike in Arkansas”. He then told me that it was a shame because Arkansas, as The Natural State, has about 50 state parks. I later ran a search and found out that The Natural State actually has fifty-two state parks. Wow! I had no idea! Nobody ever talks about Arkansas in the Northeast! I might be wrong as I am not a TV type of person, so for me to say that I have never seen an ad on TV featuring the State of Arkansas as a hiking destination would just not be right and fair.

My new friend in Little Rock, David, turned out to be an avid hiker and biker who convinced me to not visit the Hot Springs on my way to Texas. Instead he told me to at least visit one park: Petit Jean State Park just about one hour northwest of Little Rock. He also was surprised when I told him that I was not going to do anything in Texas other than visit a friend in Dallas. Again, he was shocked that I seemed to be “bypassing” the wonders of the South. So, I tried to justify by saying that my eyes were on the Southwest and the Pacific Coast. But my heart is soft and one of the purposes of a road trip is to discover things one never heard of. I had no schedule and no commitment other than trying to stay out of bad weather. We met and chatted for a couple of hours or so and by the time we said good-bye he had twisted my arm. I was headed to Petit Jean the next morning hoping to get a camping spot for at least one night! And did promise I would at least drive through Palo Duro Canyon State Park in the Lone Star State. 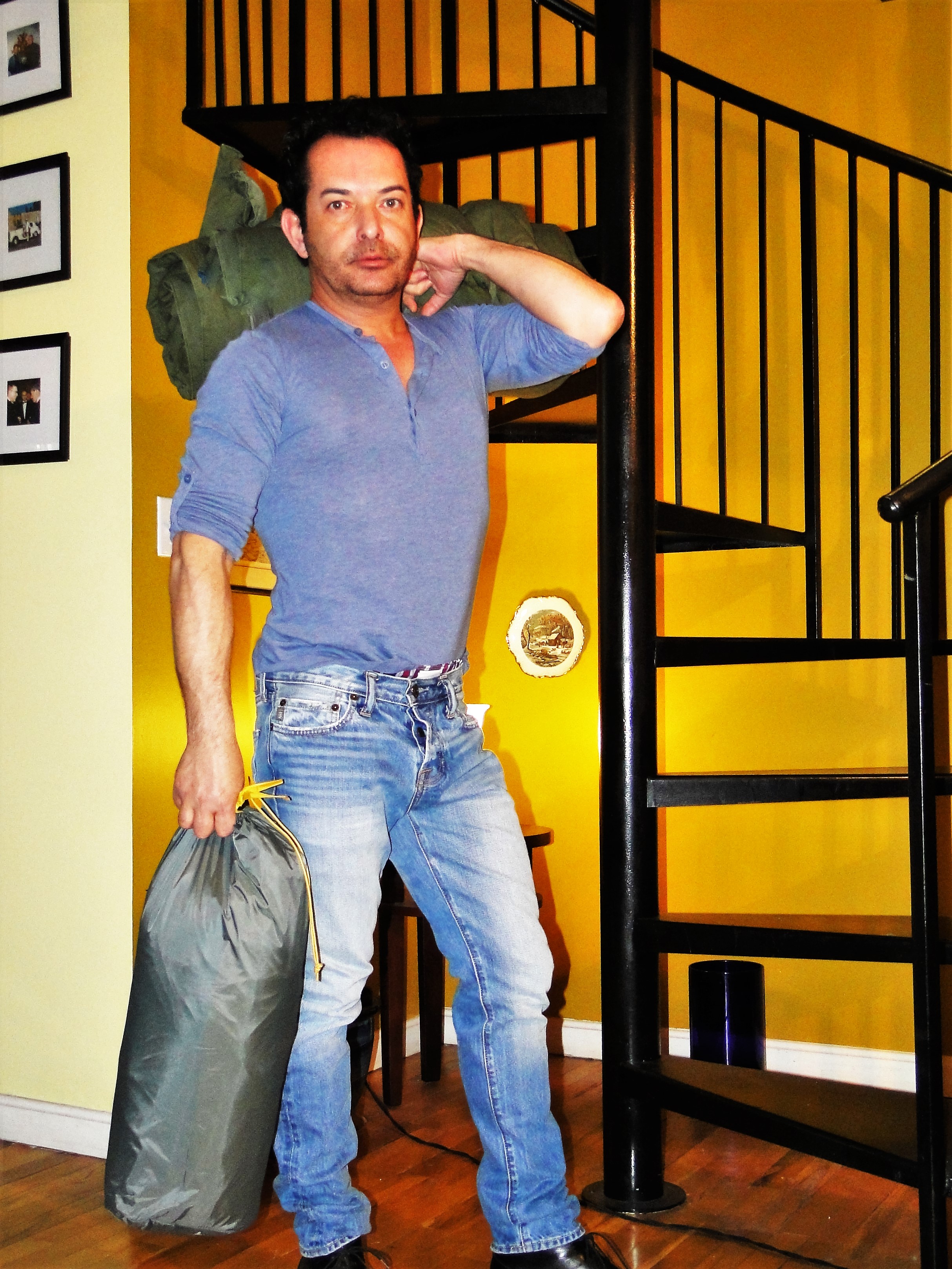 On March 28, 2016 after I finished packing I headed to bed around ten in the evening and set the alarm for 6AM. Filled with excitement and with my mind racing with imaginable scenarios about the road ahead, I could not fall asleep. It occurred to me that in the morning I would be just too exhausted to get on the road. “That’s it!” – I told myself that I’d rather get on the road there and then.

On Tuesday, March 28, 2016,  at 1:11 in the morning I set the GPS to my first destination: arrival time 8:43AM at Cuyahoga Valley National Park, Ohio. Based on my tentative road trip route research and readings about the Cuyahoga Valley, I was looking forward to my first stop. According to “Your Guide to National Parks” by Michael Joseph Oswald, 2012, the When To Go tab informs that the park is open all year.

Crossing Pennsylvania in the middle of the night turned out to be a good decision. If I got tired, I figured I would just pullout at a rest area and take a nap. Clear skies, a bit windy, low traffic with just a few trucks here and there, it was smooth sailing.

Having been with Couchsurfing and hosted travelers, I thought that I would use it on my route as much as possible. I had a confirmed host in Cleveland, Ohio for that evening as a fall back plan in case I could not get a camping site at Cuyahoga Valley.

Arriving at the park turned out to be a bit challenging as a number of road constructions and detours proved to be difficult for the GPS instructions. I drove in circles for a few minutes and at which point I was tired and falling asleep. No problem! I thought I would set up the tent and take a nap. Maybe I will rest and pick a trail for my first road trip hike.

By the time I finally arrived at the visitor center I already knew that I was the only traveler there. What made it more bizarre was the unwelcoming attitude of the National Parks Service ranger. He did not seem to be thrilled to be there that morning and he did not seem to be happy to see me there either.

The trails were closed! Excessive rain and subsequently trails repairs proved to be my first obstacles. With no chance to stay and camp there I headed to Cleveland where I stopped to have breakfast. As I arrived early, I contacted my host and we agreed that I could come by around noon. He was very friendly and let me know that he was studying for an exam and was up all night. Perfect! I was exhausted myself and was ready to close my eyes for a few hours.

I woke up around eight that evening and feeling rejuvenated I decided that it was best to get back on the road instead of being awake all night. Next stop was Louisville, Kentucky, where I also had a confirmed host through Couchsurfing. I thanked my host and left Cleveland with a positive attitude of not letting the Cuyahoga Valley disappointment to bring me down. After all, road trips come with surprises!